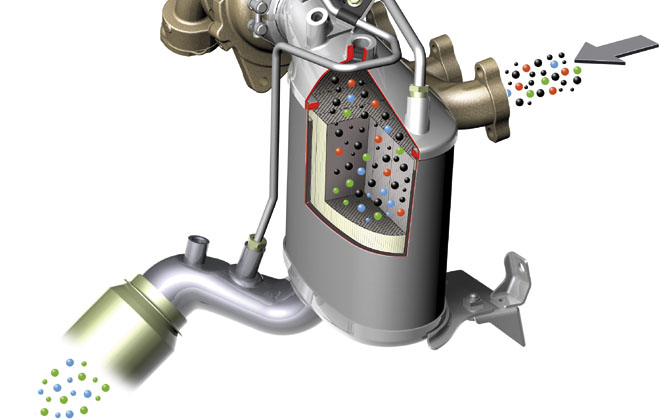 a filter that are built into the exhaust system on most cars now.  These trap soot particules whilst urban driving and are burned off when the vehicle is driven for a longer journey usually at speed on a motorway.  For most of us this does not apply as we neither have the roads nor the time to do this.

Until now we have had to spend between 600 to 1600 pounds to get these replaced only for them to fail again.  Most will be refused warrenty as its “down to your style of driving” or “you’re driving too slow”.

Castlederg Auto Electrics now have the most comprehensive DPF solution file system anywhere, developed by professionals who understand the system from the inside out.  This means that after the DPF solution is added to your engine ecu and the soot filter is cored you will never have any more emission lights come on.  Yes its that simple.   Do it once… do it properly!

We have a DPF solution for every vehicle.

Now the first and only to offer the Diesel Particulate Filter Removal Service to Lexus and Toyota owners in Ireland.  Yes its correct Toyota and Lexus DPF filters can be successfully removed and no more warning lights.  Not only do you have piece of mind but a 3 year guarentee!!!! Yes 3 years on your Toyota Lexus DPF off.

With an average mpg of 40mpg after your dpf removal and remap on a Grand Vitara 1.9 ddis its hard to see why you`d spend thousands on a soot filter only for it to clog up again in a few months  maybe years if your lucky.

Be it a E90 0r E60 from 320 to a 540 we have it all covered.  Everyone of our customers have spoken of the extra power and economy of our remaps and DPF off.  An extra 7 mpg is what we are hearing from all of our satisfied BMW customers.  Why not try it for yourself with our 30 day no quibble moneyback guarentee.

Others try but we can!  Yes we can remove your DPF filter and remap your Mazda successfully.  Whats more we are constantly getting vehicles that have had the process tried by others.  Files by ebay software may work on some but it soon becomes a nightmare when your beloved car refuses to start!  Insist on Professionals to do your DPF.

Specialists in Vauxhall Opel for over 10 years, can only conclude that your DPF removal is done to the highest standards.  Most we see are the school run car that barely does a few mile every day.  First symptoms are the loss of power and the dreaded exhaust light.  We recomend that your DPF be removed in the first instance of diagnosis on this.  By leaving the filter in, excessive back pressure can cause tremendous stress on the turbo and pistons dramatically reducing engine life.